Dannemora By Charles A. Gardner 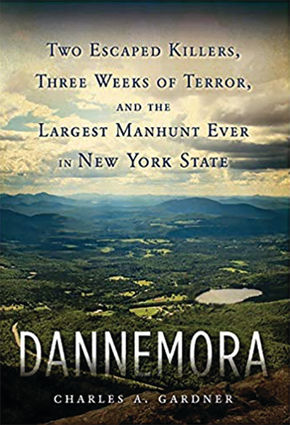 "Dannemora" is written by Charles A. Gardner. This nonfiction book tells the account of the largest manhunt ever in New York state. The book follows the escape and ultimate capture of convicted killers Richard Matt and David Sweat.

Gardner is a former corrections officer who spent 25 years working in different prisons including the maximum-security prison, Clinton Correctional Facility, in Dannemora, New York. He writes the story with the unique perspective of a lifelong resident of New York state's North Country.

Matt and Sweat were two vicious, convicted murderers who escaped from the Cli...