By MARK FREDERICK
For the Herald 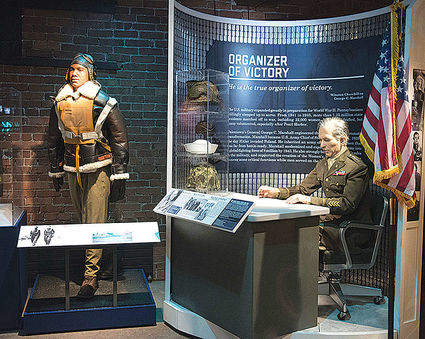 This captivating display will examine Pennsylvania's impact on the war.

The Second World War was perhaps the most notable historic event of the 20th century. It not only affected an entire generation of people, but forever changed our modern world. Though Blair County had not witnessed battles or catastrophic destruction as in Europe or Asia, the people of Central Pennsylvania still experienced the effects of the conflict.

Soldiers and civilians alike participated in a monumental war movement that would ultimately fuel an arsenal of democracy. This common goal would eventually liberate Europe from a fascist dictator and his anti-Semitic agenda.