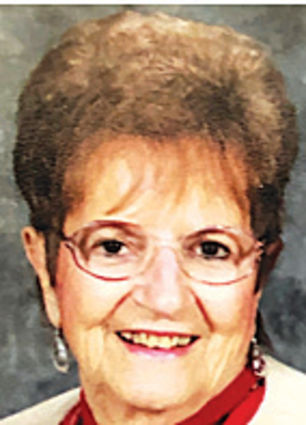 Thelma F. Steele, 94, of Martinsburg, formerly of Loysburg, passed away on Tuesday, May 7, 2019, at Homewood at Martinsburg.

Interment was at Salemville Cemetery.

Thelma was born on Feb. 11, 1925, in Waterside, daughter of the late Warden and Bertha (Steele) Ebersole.

She was preceded in death by her husband, Lester; daughter Sherry Snoke; and brothers Robert and Dennis Ebersole.

Thelma was a graduate of Replogle High School, Class of 1944, and a member of the Loysburg United Methodist Church.

She worked as postmaster of Loysburg and was the co-owner of Steele's General Store.

Thelma was actively involved with the Cove Lions and Lioness clubs. She received the Melvin Jones Award in the Lions Club and was a charter member and first president of the Lioness Club.

Thelma enjoyed traveling; she visited every state in the U.S. as well as 23 countries in 5 continents.

If so desired, memorial contributions in Thelma's name can be made to the Cove Lions Club.