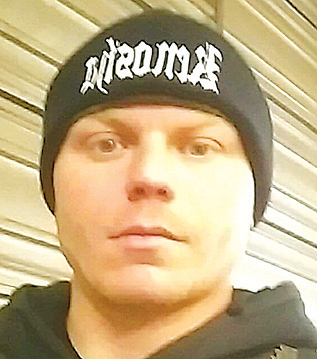 A body found on Memorial Day, May 27, in the Juniata River near Brooks Mills, Blair Township, just north of East Freedom, has been identified as 30-year-old Mathew W. Smith of Bakers Summit. Smith had been missing since Jan. 19.

Two kayakers traveling down the river found Smith's body at around 7:30 a.m. Blair Township police, who were investigating Smith's disappearance, arrived shortly after to the remote area approximately 300 yards off Charger Highway.

The Freedom Township Volunteer Fire Department along with the Geeseytown Water Rescue Team were dispatched to the scene to remove the body from the river.

Blair County Coroner Patricia Ross said the body appeared to have been in the water for "quite some time" and that an autopsy was performed on Tuesday, May 18. Ross said she is awaiting toxicology results before determining a cause of death.

Smith was last seen on Jan. 19 when his brother dropped him off in the Brooks Mills area.

Friends and relatives had been aggressively trying to find Smith since his disappearance and on Feb. 23, a group led by his cousin, Crystal Gindlesperger formed a search party to search the area around Brooks Mills.

Although the search did not find any sign of Smith, another search was being planned.

According to a GoFundMe account set up to help with final expenses, Smith was raised by his father and grandmother, who passed away three weeks ago.

According to Blair Township police, a death investigation continues but they have no further details to release at this time.