Relay for Life of the Cove Raises $54,207 for Cancer Society 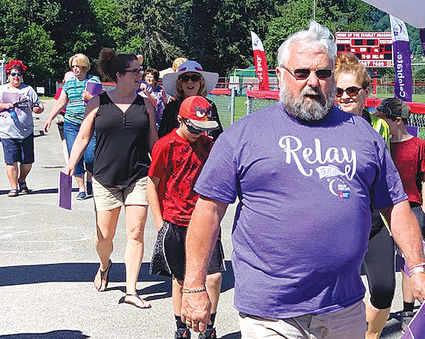 Cancer survivors walk the opening lap at the 18th annual Relay for Life of the Cove on Saturday, June 22. This year's fundraiser for the American Cancer Society was one day rather than two. As of Tuesday, the Relay raised $54,207.

The 18th annual Relay for Life of the Cove took place on Saturday, June 22, at the Roaring Spring Athletic Field.

Three out of four events she covers were held only one day, Barron said.

"The last few years it has rained and two days and overnight became a little harder," Barron said. "Especially for people who have young c...