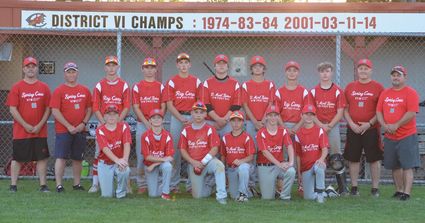 The Spring Cove 13-14U VFW team recently won the Area 4 VFW championship for the second consecutive year and qualified for the VFW State Tournament, where it finished fourth after winning the state championship last year.

Team members were (from left):