The Herald's Game of the Week 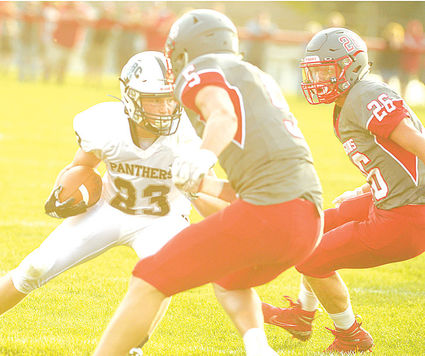 The communities in the Northern Bedford and Tussey Mountain school districts are buzzing with excitement in preparation for Friday night's "Backyard Brawl."

Tussey Mountain and Northern Bedford – the top two teams in District 5 Class 2A, respectively – will clash at 7 p.m. at Dick L. Hess Memorial Field in Saxton.

Northern Bedford enters the game with a 2-1 record. After dropping the season opener to Central, 49-21, the Black Panthers have reeled off victories against Southern Huntingdon, 41-20, and Moshannon Valley, 47-6.

Tussey Mountain has won its first three games by a combined scor...