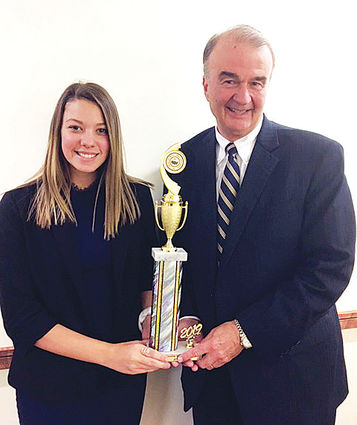 Courtney Frye, a junior at Juniata College, is captain of the school's Mock Trial team. She is pictured with coach David P. Andrews.

Juniata College's mock trial team prevailed over some of the top teams in the country at the invitation-only National Tournament in California at the University of California at Berkeley.

"We defeated the University of San Francisco, Claremont-McKenna College, and the University of California at Berkeley, one of the top-ranked teams in the country," said the team's coach David P. Andrews. "We were 6-0 going into the final round and lost to Stanford by one point."