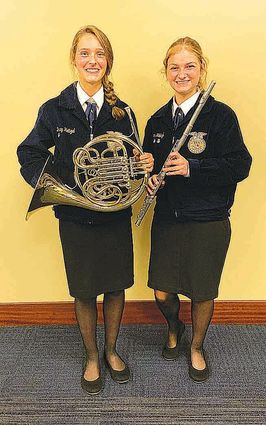 Katheryn Longenecker, a sophomore at Central High School and a member of the Central Cove FFA, placed first in the dairy handlers competition at the 92nd National FFA Convention held in Indianapolis. She edged out 40 other state winners to earn to top spot.

Katheryn, daughter of Doug and Yvette Longenecker of Williamsburg, qualified to participate in the national contest by placing first in the state competition held in June at Penn State University. At the national event, she exhibited Jersey cattle that were being evaluated by FFA dairy judging teams. Katheryn has developed her skills by...