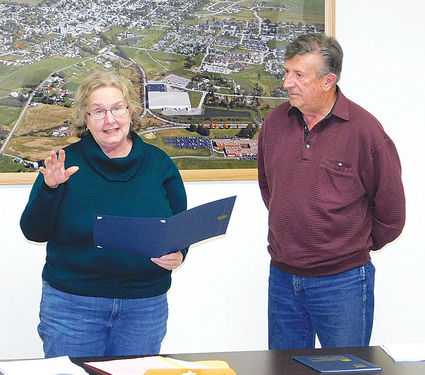 Connie Lamborn, president of Martinsburg Borough Council for 10 years, thanks councilmembers for their support Monday evening, Dec. 2. Lamborn presided over her final meeting Monday, as she did not seek re-election this year. Lamborn served as a councilmember for 12 years. She is seen holding a proclamation that was presented to her by Major Richard Brantner Sr.

Connie S. Lamborn, who has served on the council for 12 years, did not seek re-election this year.