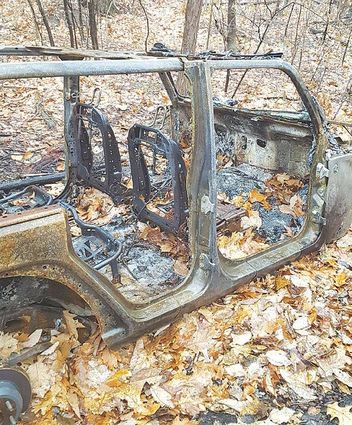 This Jeep Wrangler that was reported stolen from Enterprise Rent-A-Car in Altoona was discovered burned in a wooded area of Freedom Township.

A 2019 Jeep Wrangler reported stolen from Enterprise Rent-A Car in Altoona on Sept. 18, 2019, was found burned in a wooded area of Freedom Township.

Freedom Township Police Chief Terry Dellinger said the orange in color jeep was discovered in a wooded area between Johnstown Road and Paw Paw Road near the underground pipeline.

Dellinger said the Jeep was completely burned, leaving only the frame.

In a matter unrelated to the discovery of the Jeep, Freedom Township Police also continue to investigate a shooting in East Freedom last week.

Police were called to the 1700 block of Johnstown Road,...