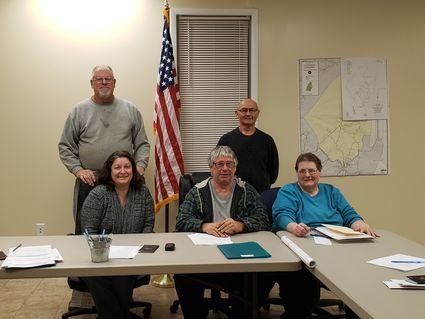 Supervisor Ralph Rispoli made a motion to appoint Heather Flaig as the Catharine Township chairman during the Jan. 6 reorganizational meeting.

Supervisor Ken Brenneman, who was named vice chairman later in the meeting, seconded the motion, which passed.

Secretary Eleanor Harclerode and Roadmaster Michael Fay were both retained in their respective positions.

Supervisor Brenneman made the motion to give the following positions a three- percent wage increase – the roadmaster, secretary/ treasurer and beginning and experienced emergency help. With Rispoli seconding, the motion passed as Flaig...