RS Swears in Officials for Another Year 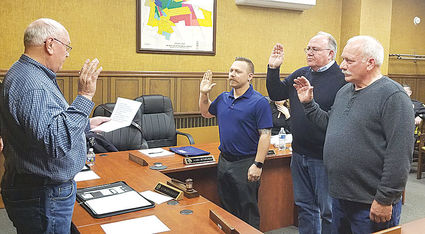 Mayor Ron Glunt administered the oath of office to two new members as well as a sitting council member starting his second term.

Dane Noel and James Musselman were sworn in to begin their first terms, each having won a seat in last May's primary election. Rodney Green took the oath to begin his second term on council.

In a vote of five to two, Green was appointed council president. Kevin Snowberger was elected vice president by the same margin.

Green said he was humbled to be chosen as council pres...