A New Facet of Life 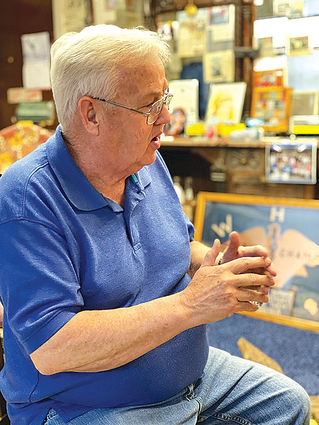 Harry Mullins, the owner of Charlie's Barber Shop, Williamsburg, sat down to discuss the happenings at his shop.

That is, until Harry Mullins came along. Over those three years, many rumors swirled in town about what was to become of the vacant building since Charlie's retirement.

There "was no clear-cut path for the building, so I approached the owners," Mullins said.

The owners were "compassionate about the preservation of the building," he said. Yet, Mullins added, "they were never approached about anyone acquiring the building."

Mullins purchased the shop in March 2018.