By The Pa. State Data Center

As Census Approaches, a Look at How Pa.'s Population is Changing 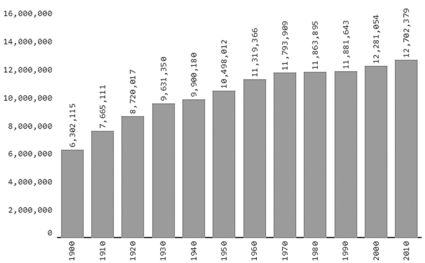 The chart shows that Pennsylvania's population, while still growing, is growing at much slower rate than it was at the start of the 20th Century. The accompanying article states that South Central Pennsylvania has been the fastest growing region since mid-century and the only Pa. region to have maintained population growth each decade since 1900.

As we enter 2020, we look forward to the important cultural milestone that is the decennial census.

This year will mark the 24th decade in which the census has been conducted for the United States and its territories, a tradition that started in 1790. As we anticipate the coming census and the wealth of data that it will provide, let us first look back at the past century and highlight trends in population change over time throughout different regions of the state.

Pennsylvania started out the 20th century with a population just over 6.3 million people and ranked...