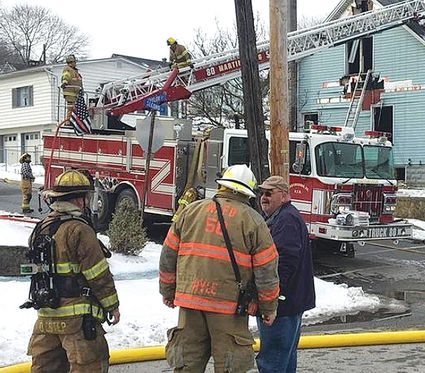 Firefighters work on a house fire at 809 W. Second St., Williamsburg, on Thursday morning, Jan. 23. No injuries were reported but two family pets were lost in the blaze. The home is believed to be a total loss.

A mid-morning fire in Williamsburg on Thursday, Jan. 23, left one couple homeless and claimed the lives of two pets.

Hyle said they had the fire under control in about 90 minutes but that the home appears to be a total loss. An investigation into the cause of the blaze is underway, but Hyle said it appears to h...