Courtney Frye of Roaring Spring is the Team Captain 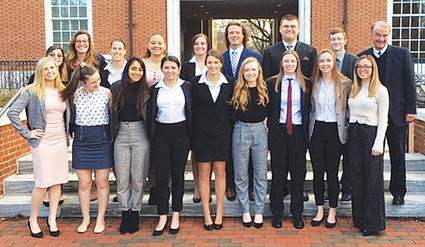 "This was the conclusion of a very successful invitational season," said the team's coach, Dave Andrews. "We have competed in tournaments against some of the toughest opponents in the country this season."

Meadow Walshaw-Wertz, a junior at Juniata, achieved one...