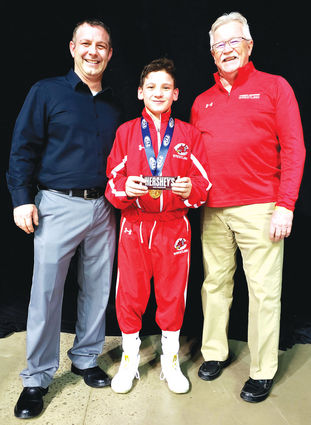 Three wrestlers from the Morrisons Cove area have qualified for the PIAA Class 2A Wrestling Championships, which are scheduled to be held Thursday through Saturday, March 5-7, at Hershey.

Northern Bedford's Colby Imler and Ian Sherlock and Central's Jaxon Matthews each finished in the top five of their respective weight classes at the Southwest Regional Class 2A Tournament on Feb. 21-22 at the Kovalchick Convention & Athletic Complex on the campus of Indiana University of Pennsylvania.

Imler placed fourth for the Panthers at 170 pounds and Sherlock was fifth at 138 pounds. Matthews led...