Traffic Roundabout is One Option Considered; Part of Plan Extending to I-99 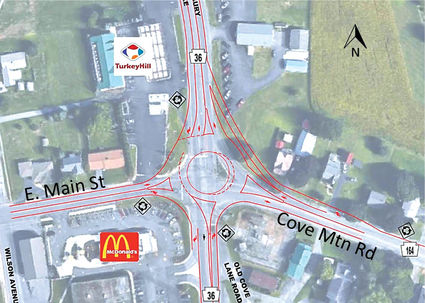 The Pennsylvania Department of Transportation (PennDOT) hosted an open house on Thursday, Feb. 27, at the Spring Cove Middle School to provide the public an opportunity to review and comment on a proposed project to alter each intersection on the Route 36 corridor between Interstate 99 and Roaring Spring Borough.

The plan is divided into four sections. Diagrams o...