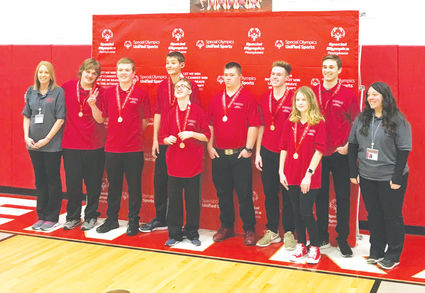 Central High School hosted the Blair/Cambria Country Interscholastic Unified Indoor Bocce Championships on March 4. Bocce is a unified PIAA-sponsored competitive sporting activity for students, which include those from the life skills program, known as the athletes, and a group of regular-education students who act as partners. In addition to Central, Bellwood-Antis, Hollidaysburg (two) teams) and Penn Cambria competed on March 4.