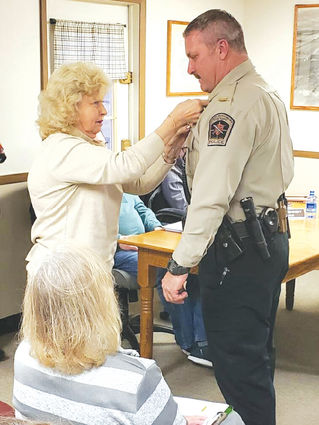 At the North Woodbury supervisors' meeting on March 5, Dave Rosamilia was installed as full-time chief of police for the township

Blair County Sheriff James Ott was present for the ceremony. Chief Rosamilia, who is the township's first-ever police chief, attributes his success in the law enforcement field to the Sheriff Ott.

They two men have been friends since both were 12 years old. Rosamilia said that Sheriff Ott gave him his first break by hiring him as a patrolman in Duncansville.

Many of the chief's family and friends were present at the meeting. Janet Rosamilia pinned the chief's bad...