The Starless Sea By Erin Morgenstern 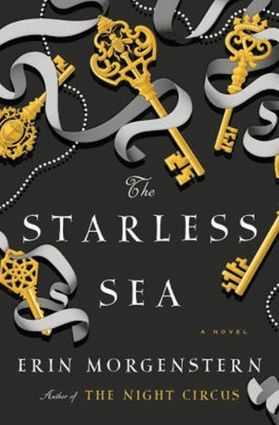 From New York Times bestselling author Erin Morgenstern comes a timeless tale. A love story, a fairy tale, an adventure, set in an underground world. It is a place of pirates, painters, lovers, and liars. A place of ships that sail upon the starless sea.

It is a story made of many. Stories as fleeting as wisps of smoke, told in sculptures of snow or in clouds. Stories told through taste or through feelings, rather than through words alone or by words at all.

Zachary Ezra Rawlins, a graduate student in Vermont, loves to read. On one of his regular trips to his campus library, he discovers a mysterious book hidden in the stacks. As he turns the pages, entranced by tales of lovelorn prisoners, key collectors, and nameless acolytes, he comes across a story from his own childhood. This story is impossibly written in a book that is older than he is. Bewildered by this inexplicable book and desperate to make sense of how his own life came to be recorded, Zachary uncovers a series of clues, a bee, a key, and a sword.

The story and its clues lead him to a masquerade party in New York, to a secret club, and through a doorway to an ancient library hidden far below the surface of the earth. What Zachary finds in this curious place is more than just a buried home for books and their guardians. In some ways it seems it is the ultimate library. A library to house any story that can be told, anything that can be imagined or thought of. An imagination library. Maybe it is being imagined. Housing the thoughts people imagine and the stories people tell. "Not all stories speak to all listeners, but all listeners can find a story that does."

Use your imagination, welcome it. Let go of the preconceived idea of what reality has taught us to believe and dive into the story(ies). The story is full of hidden places and doors that open to other realms, as well as bits of well-known tales such as Where the Wild Things Are and Alice in Wonderland. As one character stated, the secret to surviving once you go down the rabbit hole is to be a rabbit.

This writer's fantasy is a story-teller's and book-lover's dream. Expect the unexpected and believe in the impossible because in the world of make-believe, anything can happen. "...No story ever truly ends as long as it is told."