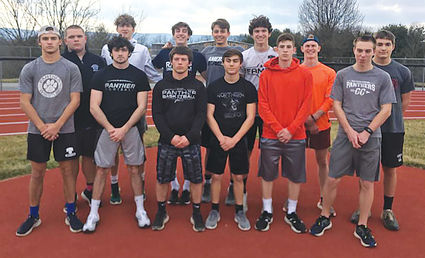 Overall Outlook: "We should be very competitive and in the top couple teams in the ICC and District 5 and have numerous contenders for district medals."