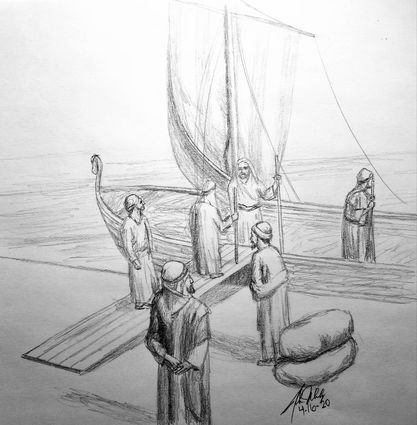 Acts 27 begins a new phase of activity in Paul's life. We have noted the king and the governor have agreed if Paul had not appealed to Caesar, he could have been freed. He was not guilty of any crime against Rome. I do not understand why Paul did not withdraw his appeal and go free. It must have something to do with the Roman appeal process. The decision was made to take ship and depart for Rome. Julius, a centurion was to be in charge. He would not only have Paul but "other" prisoners. The word "other" means of another type. Likely these prisoners were bound for Rome for execution. Perhaps...