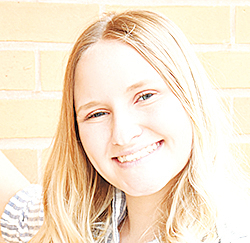 The Rotary "Students of the Month" at Williamsburg High School have been announced for January through March.

Kaitlin E. Ross was January's "Student of the Month." She is the daughter of Clair T. Jr. and Melissa P. Ross.

Her community activities include youth group and dance.

Kaitlin plans to graduate from Mount Aloysius, Cresson, with a degree in early childhood development and education; get a good job; and raise a family.

Haley Tate was named February's "Student of the Month." She is the daughter of Robin Imler and Tom Tate.

Her community activities include volunteering with the Red Cross.

Joseph Kunsman has been named the "Student of the Month" for March. He is the son of Edward and Vicki Kunsman.

His community activities include several years with the Boy Scouts (Eagle), multiple blood donations and a member of the Williamsburg CrossRoad.

Joseph plans to further his education to become a pharmacist and raise a happy family.

The Rotary "Students of the Month" program at Williamsburg High School is sponsored by the Morrisons Cove Rotary Club. All students are seniors. 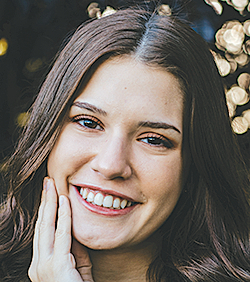