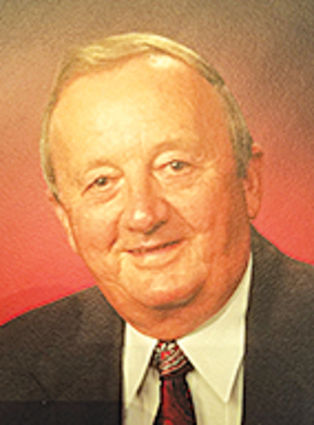 Eugene D. "Gene" Kurtz of Roaring Spring, passed away on Thursday night, April 16, 2020, at home, surrounded by his loving family after an extended battle with Parkinson's Disease.

He is also survived by a daughter, Sharon J. Snider (Bob), and a son, David (Rachel), both of Roaring Spring.

He was preceded in death by a daughter, Kristina in 1974.

After graduation he worked at the Roaring Spring Department Store until he enlisted in the United States Marine Corps in 1953.

Following his honorable discharge in 1956, he attended the Altoona School of Commerce and received an associate degree in accounting. He began employment at D.M. Bare Paper Co. in 1959 and retired in 1992 from Appleton Papers with 37 years of service. Following his retirement he worked at Smith Transport as special projects manager until 2007.

Gene was very active in his community. He served on the Roaring Spring Borough Council for 25 years as both vice president and president during his terms. He was a past master of the Woodbury Lodge No. 539 F.& A.M., receiving his 60-year membership pin in 2019. Gene was a Past Commander of Murray Appleman Post No. 147 of the American Legion, serving as finance officer for more than 40 years. He was also a member of the Altoona Traffic Club, serving on the board of governors; the PA Motor Truck Association; and the Greenlawn Cemetery Association as both a board member and president.

He loved and served his community through children's Christmas parties and organizing parades. He helped to organize the annual Spring Dam Fishing Derby, restocking the dam with fish, and faithfully maintained the fish food machines at the Dam daily for 23 years. Gene was a member of the Bare Memorial Church of God in Roaring Spring and attended regularly until unable due to his medical condition.

Gene was an avid Penn State football fan, attending games and tailgating for many years. He was also a fan of the Steelers and the Pirates.