Two Local PIAA Officials Call It a Career After 70 Years 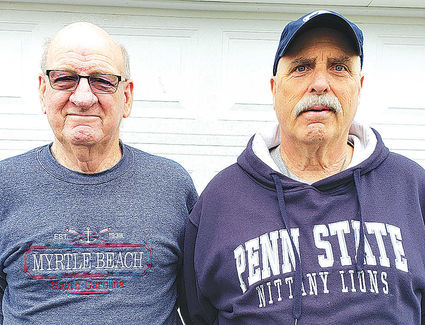 Don McClure (left) and Stan Risser, both of Martinsburg, will retire from officiating effective the end of the 2019-20 seasons. McClure and Risser have been PIAA baseball and basketball officials for 35 and 25 years, respectively.

Two Martinsburg umpire and basketball officials have decided to hang up their cleats and whistles after several decades on the job.

Don McClure (35 years) and Stan Risser (25 years), baseball and basketball PIAA officials since before the turn of the century, have announced they are retiring from officiating effective the end of the 2019-20 seasons.

McClure, licensed since 1985, served the local chapters of Bedford, Altoona and Huntingdon for 35 seasons in both baseball and basketball, as well as recently working girls softball for the last several springs.