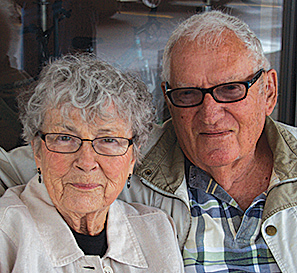 Joseph Jr. and Dolores Clapper of Hopewell celebrated their 70th wedding anniversary on Tuesday, May 5, 2020.

Joseph married the former Dolores Batzel on May 5, 1950, in Winchester, Va.