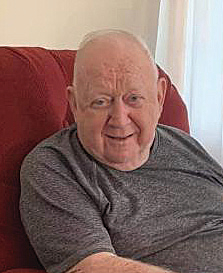 Thaddeus was first married to Patsy Sue Franklin until her passing. On May 14, 1988, at the St. Augustine Church in Dysart, he was united in marriage to Nancy Hartman, who survives.

Thaddeus served his country in the United States Army and Army Reserves; stationed at Fort Knox.

He was a member of the St. Augustine Church in Dysart and was a log sawyer by trade. He retired in 1998 fro...