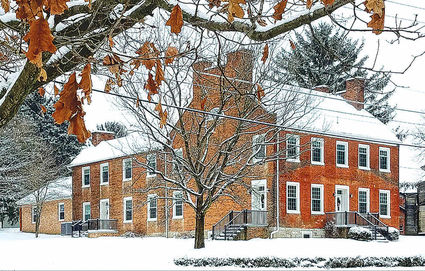 David Snyder and his daughter, Amy, of Loysburg renovated the Martin Loy Jr. home (above) in downtown Loysburg. The home was built in 1820, according to most records, so this marks the 200th anniversary.

David Snyder and his daughter, Amy, of Loysburg have been named the "Historians of the Year" by the Bedford County Historical Society.

The Snyders renovated the Martin Loy Jr. home in downtown Loysburg. Most of the work except the landscaping was been completed 2017-19. In addition to preserving the brick structure, they researched the early history of Loysburg and the Loy family and shared this information with neighbors and friends, including the Southern Cove Historical Group. The home was built in 1820, according to most records, so this marks its 200th anniversary.

The exterior has not...