W-Burg Plans Graduation Ceremony for May 29

Details Not Yet Released; Return in Fall Being Planned 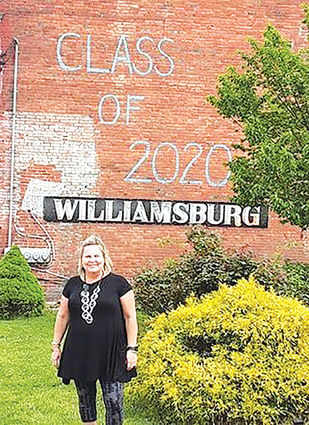 State Senator Judy Ward made a stop in Williamsburg at Kimberley Place. Here she is standing in front of the mural done by Abbie Wheland, Dave Cadle and Tyler Prough honoring the members of the Class of 2020.

During the May 12 Williamsburg Community School Board conference call meeting, it was announced that Williamsburg will have a graduation ceremony on Friday, May 29. No further details were announced during the meeting.

Superintendent Lisa Murgas said that she, along with other administration officials, are making plans for the next school year and she "anticipates children back in the fall with some restrictions."

Murgas also described an upcoming phone call with Pennsylvania Secretary of Education Pedro Rivera next week that she hopes will answer some questions.