In-Custody Death Protest in Hollidaysburg Had 'No Issues' 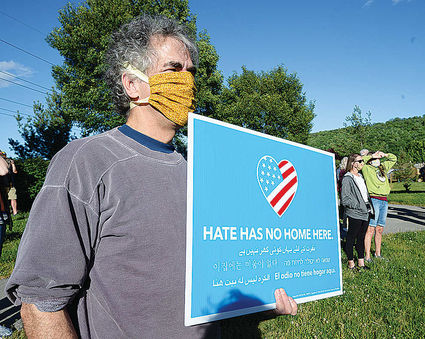 Steve Elf of Altoona was among those attending a protest at Hollidaysburg's Canal Basin Park Sunday evening demanding justice for George Floyd.

More than 100 people gathered near Canal Basin Park in Hollidaysburg on Sunday, May 31, 2020, to protest and demand justice for Minneapolis resident George Floyd.

According to wikipedia.org, on May 25, 2020, George Floyd, an African-American man, died in Powderhorn, a neighborhood south of downtown Minneapolis, Minn. While Floyd was handcuffed and lying face-down on a city street during an arrest, Derek Chauvin, a white Minneapolis police officer, kept his knee on the right side of Floyd's neck for eight minutes and 46 seconds. 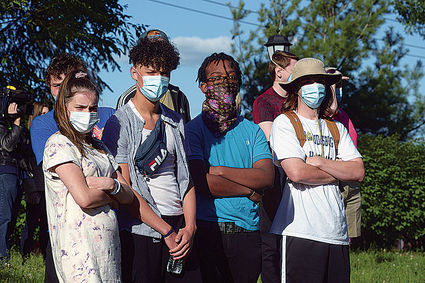 According to the criminal complaint against former officer Chauvin, two minutes and 53 seconds of that time occurred after Floyd became unresponsive.

The vigil in Hollidaysburg was peaceful, according to witnesses, and police were present but made no arrests.

According to video of the event posted on social media, there were minor confrontations between protestors and counter-protestors, but nothing became violent or disorderly.

"There were no arrests. There were two minor incidents of vandalism," said Hollidaysburg Police Chief Rodney Estep.

Chief Estep said the vandalism involved spray paint in one case and damage to a sign in another.

"Nothing happened that we were not prepared to handle," Estep said. We were aware of the incident and provided a measured response. There were no issues."