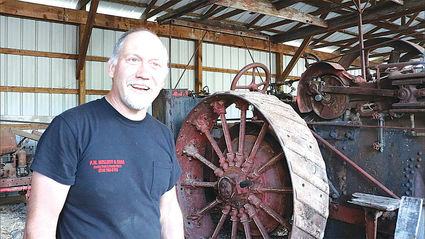 It's fair to say that Fred Mellott, of F.M. Mellott & Sons, New Enterprise, has a passion for old engines, especially steam-powered ones. Mellott and other enthusiasts of old engines will be putting some of them on display on Saturday, July 11, at the first Antique Truck & Construction Equipment Show, to be held at the Southern Cove Power Reunion show grounds.

Fred Mellott, of F.M. Mellott & Sons in New Enterprise, is excited to be introducing a new event in the Cove. On Saturday, July 11, the first Antique Truck & Construction Equipment Show will be held at the Southern Cove Power Reunion Show Grounds.

Antique trucks and construction equipment will be on display with live demonstrations and explanations of the equipment.

Antique crawlers, bulldozers, excavating equipment will be shown along with antique cars and trucks and hit-and-miss engines.

Mellott has been interested in old engines since he was just a small boy. Growing up on Hipples Ca...