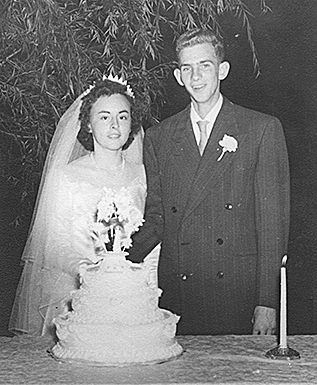 Mr. Hershberger of New Enterprise married the former Wilda R. Hoover of Saxton on Aug. 11, 1950, at the Raven Run Church of the Brethren, Saxton. A reception was held outdoors at Wilda's home near the church on Raven Run Road.

The couple have one son, Terry Hershberger, who is married to Marlys, of Woodbury. They also have four grandchildren and five great-grandchildren.