Mike Peters is in the Business of Cleaning Out 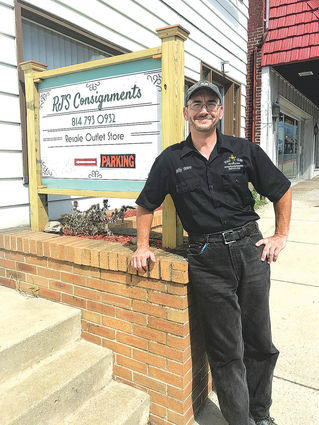 Mike Peters of Road To Glory Enterprises, LLC, grew up in New Castle, but moved to the Cove in May 2000 to take care of his grandparents, the late McKnight and Margaret Peters of Woodbury.

Upon coming to the area, Peters worked as an executive chef, restaurant manager, car salesman and a few other jobs.

In 2007, Peters started his own construction company, Road To Glory Enterprises.

"I was doing a lot of siding, decks and roofs. A lot of outside stuff. I've always kept my pricing fair and word got around and my client list grew," Peters said.

It was during this time that another part of...