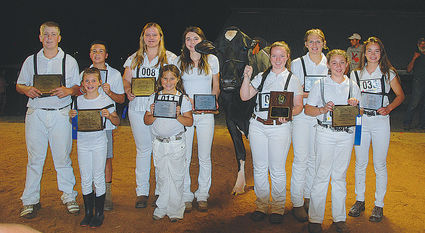 Kicking off the event was the Blair/Bedford Youth Showmanship Contest on Aug. 3.

At the end of the night, intermediate winner Molly Cessna of Bedford earned the show's top prize, the Bernard Bailey Memorial Master Showman Award. The award is named after Bailey, due to his strong influence on the Blair and Bedford County dairy programs.

Winners, each receiving a monetary aw...