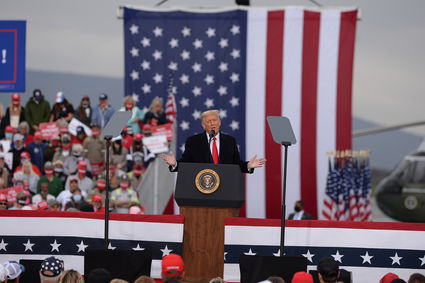 Donald Trump spoke to more than 3,000 enthusiastic supporters Monday, Oct. 26, 2020, at the Blair County Airport. Trump is running against challenger Joe Biden, the nominee of the Democratic Party and former vice president.