Panthers Roar in Second Half, On to District Showdown with Titans Friday at Hollidaysburg 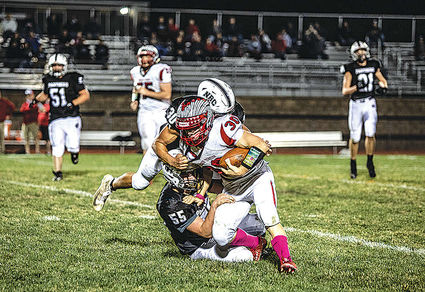 Northern Bedford started slow but roared in the second half to thwart any thoughts of a Conemaugh Township upset in the District 5 semifinals Oct. 23 at Panther Community Stadium.

NB advances to the championship game Friday night, Oct. 30, versus Tussey Mountain via a 35-14 semifinal win.

Northern started strong with two Dalton Smith touchdown runs in the first 13 minutes of the game to take an early 14-0 lead.

Township stunned the Panthers with a 54-yard Tanner Shirley to Ethan Black pass late in the second period that cut the gap to 14-7 and threatened to steal NB's momentum.