Remembering a Friend on Veterans Day 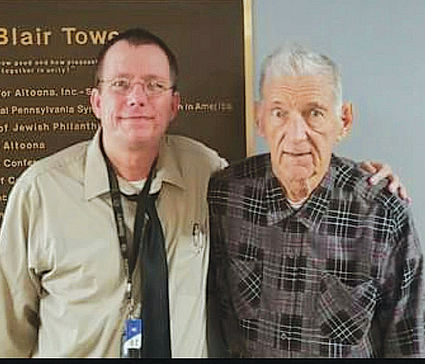 Reporter Rick Boston (left) of the Morrisons Cove Herald interviewed John Fisher in the summer 2019. The two became friends and spend a lot of time together before Fisher passed away in April 2020.

In the Sept. 5, 2019, edition of the Herald you will find the story of John Fisher. John was a Navy veteran, serving on the submarine tender USS Fulton during World War II.

When I met John, I was 51 years old and he was 92. The generation gap meant nothing to us, and we became close friends. Although our time together was short, the impression he made on me will last the rest of my life.

The first thing John said to me when I walked into his home was "I don't think I want to do this story."

I told him that was fine but asked if I could stick around a while and talk. Three hours later, prob...