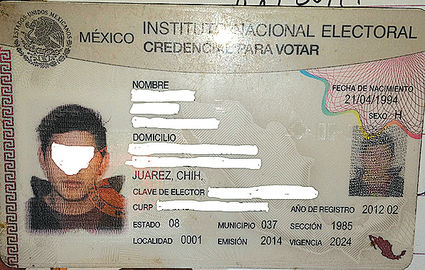 “Indeed, you won the elections, but I won the count.”

If you read last month’s column … I nailed it. Democrats in key states managed to “find” enough votes to push Comrades Biden and Harris over the finish line … for now, anyway.

Despite the contested nature of the race, the media gods have anointed Comrade Biden as the Chosen One.

Now we hear them using the terms “baseless” and “not widespread” and all their dupes sound like parrots. These are the same dupes that ran around for three years saying, “Russia collusion, Russia collusion!”

The pathetic irony is that the party that impeached President Trump on the hearsay word of a third party, who remains anonymous to this day, is telling us that named witnesses who have given sworn statements and are willing to testify about voter fraud doesn’t amount to evidence? You can’t make this stuff up.

Then we hear them say, “no evidence of widespread fraud” with the key word being “widespread.” Of course it’s not “widespread.” No one thought that the Democrats would try and pull off fraud in every state. They didn’t need to. They only needed to pull it off in certain states, states that they knew they had operatives who could get it done.

What you know and what you can prove are often two very different things. The feds spent years trying to prove Al Capone was involved in organized crime. Everyone knew it, but they had to settle for convicting Capone on tax evasion since they could never prove any of his other many crimes.

We’ll see how the voter fraud investigations pan out. It’s not over yet. We could renew confidence in the election system with voter ID laws and in-person voting. The picture accompanying this column is an actual voter ID from Mexico. Even the third-world narco-state of Mexico requires its citizens to have IDs to vote, but every time voter ID laws are passed in this country, the Democrat Party files lawsuits to have them struck down. Now you understand why.

Mexico also bans mail-in voting unless the citizen lives abroad and applies at least 6 months in advance. Many European countries do likewise.

So, most of Europe has banned mail-in voting because they know that it’s a recipe for cheating, which, not coincidentally, is the same reason that Democrats filed hundreds of lawsuits in the past year to put mail-in voting on steroids using C-19 as the excuse. Never let a good crisis go to waste, right?

With the media anointing Biden as the winner, BLM and ANTIFA put their Molotov cocktails and bricks away and put on their dancing shoes. The RESIST, RIOT and RIG crowd suddenly became the GLEE, GLOAT and GET ALONG crowd.

After four years of calling Trump and his supporters hateful names; attempting a coup with a fake scandal conjured by Hillary Clinton; spying on an opposing political campaign based on that fake scandal; lying daily about Trump being a Russian “asset,” they suddenly want everyone to hold hands and support their guy?

Those genies can’t be put back in the bottle. They did everything they could to create hatred for Trump, and hatred for me as a supporter of Trump. They spewed hate and intentionally divided the country; they lied about everything he did and outright made things up about him – all while blaming him for the division and calling him a liar – and now they want me to forget all that? No-no, now it’s our turn to RESIST!

At the same time some Trump-haters are calling for unity, Comrade AOC and others are calling for lists of Trump supporters. There’s even a website dedicated to it. The Trump Accountability Project is a list of Trump’s supporters that the Marxists are compiling. Why are they making lists?

Yuri Bezmenov was one of the highest-ranking defectors from the Soviet KGB in the 1980s. In presentations still accessible on YouTube, he details the stages of “Ideological Subversion” used by Marxists to destroy a country. He tells of how the North Vietnamese Army took over Hue City and within a few short days they managed to round up and execute 3,000 to 6,000 anti-communists.

American intelligence was stunned that they could identify and find those people so fast but, as Bezmenov explains, they had been compiling those lists for months and years prior to the attack on Hue. U.S. Marxists are now compiling these lists for future use. It’s what they do.

Seventy-two million Americans voted for Trump – the most votes for a sitting president ever – and for them, the election isn’t over. The overwhelming majority of those 72 million will forever believe that Trump won the election, while Comrade Biden won the count.

Author’s Note: It would be stupid to assume that the views expressed in this column are necessarily held by the Morrisons Cove Herald, its employees, owners, or advertisers. Direct comments or feedback to [email protected] Visit http://www.sapiww.com and stop by and “Like” Society and Politics In Wayne’s World on Facebook.