In Times of Need, Neighbors Make Sure that Neighbors Get Fed 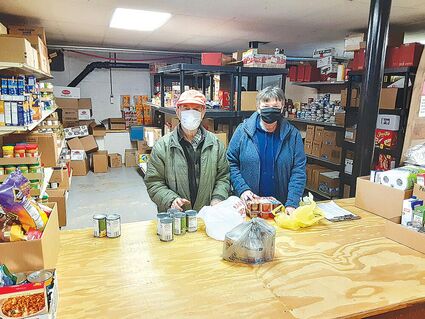 Rodney Lane and Carolyn Clapper put boxes of food together at the Williamsburg Food Pantry. While Food Banks nationwide struggle to keep up with growing demand, Cove area food banks are well stocked as donations continue to pour in.

Since the beginning of the COVID-19 pandemic, Americans who started out the year on seemingly solid ground have found themselves in need. According to the Bureau of Labor Statistics, unemployment has nearly doubled from February, one month before the pandemic began.

Along with the growth in unemployment came an increase in the number of people reaching out for help with food, which has put a strain on some food pantries across the county.

According to Feeding America, food pantries nationwide have distributed more than 4.2 billion meals to people facing hunger, with more than 80 percent of...