Company Has Not Yet Made Official Announcement 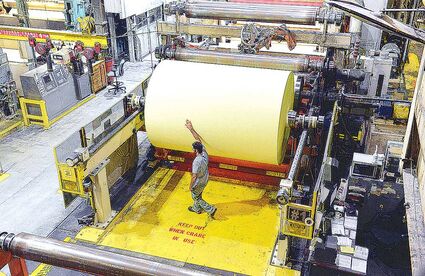 Mill worker Jesse Love tends a jumbo roll paper machine at Appvion's Spring Mill. Rolls like this were converted to smaller rolls, depending on the customer's needs.

News of Appvion's decision to close its Spring Mill plant in Roaring Spring has sent shockwaves through the community.

Nearly four years after filing bankruptcy and three years after being sold in a "stalking horse" sale which saw the company sold to a group of its lenders, Appvion has notified employees that the Spring Mill plant will cease operations by the end of March, putting nearly 300 people out of work.

While company officials have not yet publicly addressed its decision, employees said they were notified Monday morning that they will be losing their jobs.