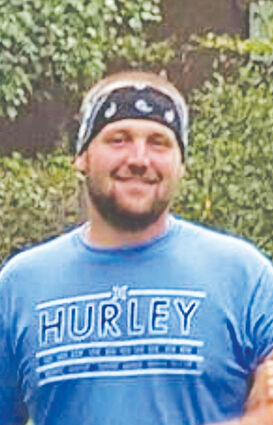 He is survived by his wife; his two sons who were his "little buddies": Silas and Jax; five siblings: Kaitlyn Franks and husband Justin and their daughter Kayleigh, Meagan Kelly, Matthew Peel and wife Annah and their daughter Hadlee, Bailey Gates and Jude Gates; and many special friends.

He was preceded in death by a brother, Tanner Gates.