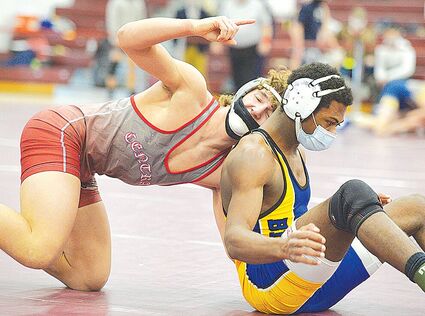 Central's Andrew McMonagle wrestles Bellwood-Antis' Aiden Taylor during the third-place match at 160 pounds at the District 6 Class 2A championships Feb. 20 at Altoona.

The Dragons won the team title with 156 points, ahead of Glendale's 151.5 points. The Vikings also crowned four champions at the tournament.

Claysburg-Kimmel finished sixth in the seven-team standings with 42.5 points.