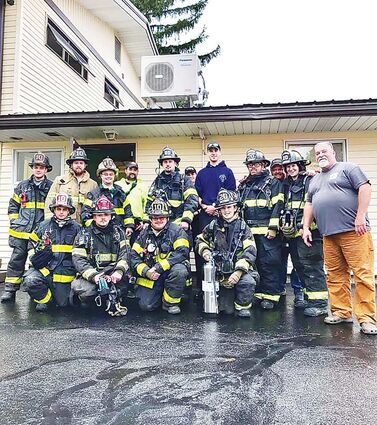 Some members of the Duncansville Volunteer Fire Co., Blair County Station 20, pose for a photo. The Duncansville fire department was chartered on Jan. 24, 1895.

It all started around 1830 when Samuel Duncan settled on land on the western banks of the stream which cut through the area. He named the town Duncansville. Around the same time, Jacob Walters settled on the eastern side of the stream and named his settlement Walterstown.

Eventually, the two settlements decided that it would be mutually beneficial to merge. A big celebration was held, where the locals came out and assembled on the bridge that separated the two towns. Legend has it that they flipped a coin and it ended up favori...