'An Amazing Smile and Contagious Laugh' 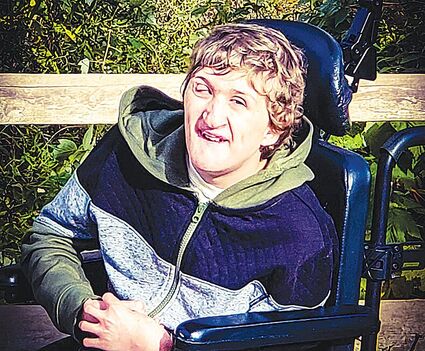 Josh suffers from a genetic disorder that causes stiffness in joints and fragile bones. His family is asking for help in buying a wheelchair-accessible vehicle.

At 20 years old, Josh Richardson is described by his mother Lucinda as a "happy, go-lucky guy with an amazing smile and contagious laugh."

His mother describes him as "truly, one of a kind."

Doctors had told Lucinda at birth that Josh had certain characteristics of a chromosome disorder. They then had said that blood work was sent to Pittsburgh for testing but warned her that often children like Josh suffer from failure to thrive.

On his first doctor's appointment in Pittsburgh, the doctors diagnosed Josh with Tetrasomy 9Q and that it was a rare, genetic disorder.