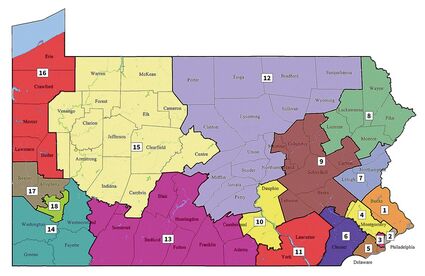 Pennsylvania's state Senate and House districts are due to be redrawn this year, along with its Congressional districts.

Pennsylvania's legislature is also considering a constitutional amendment to create judicial districts within the commonwealth.

Legislative and congressional redistricting occurs every 10 years, based on U.S. Census results, but will be delayed this year primarily due to circumstances related to COVID-19.

The U.S. Census Bureau announced in February that it will deliver redistricting data to all states by Sept. 30 this year, well past the original March 31 deadline. Penns...