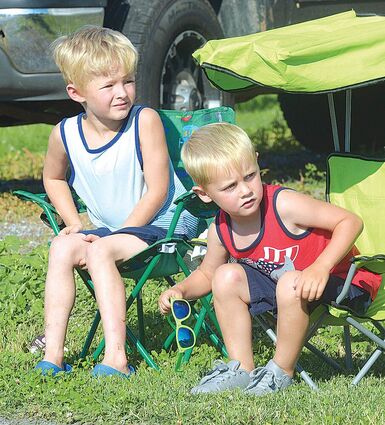 Jackson Nesius, 5, of East Freedom (left) and Kolston Yohn, 4, of Roaring Spring looked for the next float to come past their location during the abbreviated J4 parade on June 30, 2020.

Morrisons Cove Memorial Park has announced a full lineup of events for the popular "J4" holiday in the Cove.

• Start date of the J4 festivities will be Tuesday, June 29

• Fireworks are confirmed and booked for Friday, July 2

• The contract with Bartlebaugh Amusements has been signed

• The J4 celebration will conclude on Saturday e...