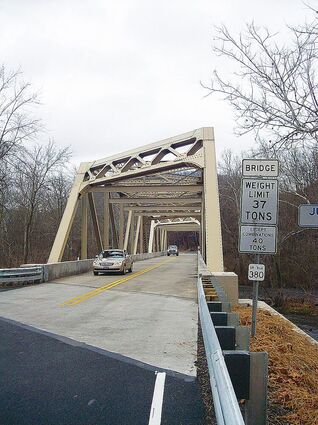 The Ganister Bridge near Williamsburg is an example of infrastructure in the Cove. While this bridge might be in good shape, a recent White House report gave Pennsylvania a grade of C-minus overall for the state's road and bridge infrastructure.

A White House report rates Pennsylvania's infrastructure at a C-minus after decades of "systemic" underfunding.

The analysis concludes that "historic" levels of investment via the American Jobs Plan will fix the state's more than 3,300 deficient bridges and 7,500 miles of crumbling roads that the Pennsylvania Department of Transportation lacks resources to address.

PennDOT's funding woes remain a perennial problem for the General Assembly as it strategizes ways to close the agency's $9.3 billion budget gap that don't involving tolling bridges, as proposed by the Pathways Major Bridge P3 Ini...