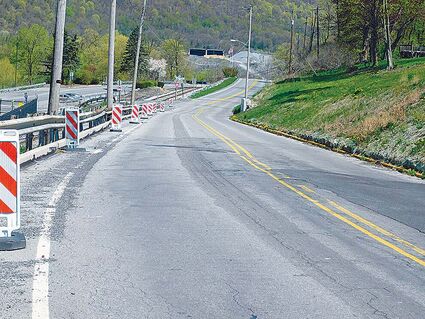 Major improvements are coming for North Main Street in Roaring Spring Borough. A $700,000 state grant from the Commonwealth Financing Authority's Multimodal Transportation Fund will be used to move the road further away from the railroad tracks. New sidewalks, curbs and lighting are also part of the estimated $718,400 project.

North Main Street in Roaring Spring is in line for a major upgrade that will not only make it safer, but will also make the main road into town more aesthetically appealing.

Borough Manager Lisa Peel said the money will be used to realign the street, moving it further from the railroad tracks toward where the wall used to stand, and improving traffic flow and pedestrian safety with new curbs, s...